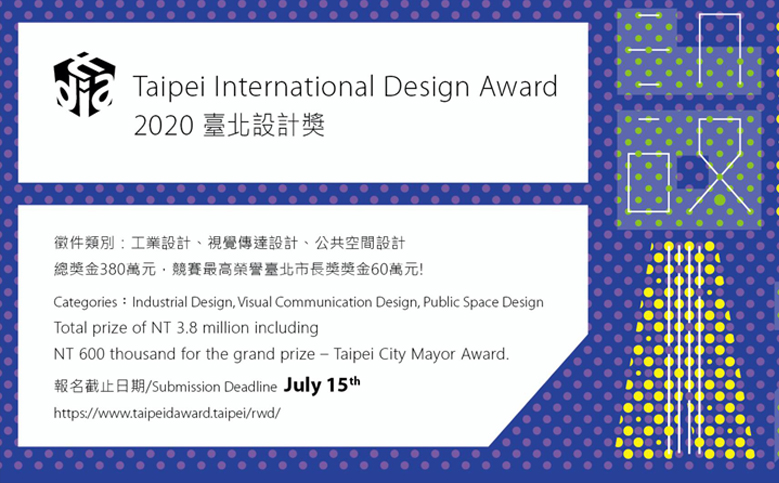 Over the years, Taipei City Government has been devoted to shaping Taipei into a city with design visions and has been continuously conveying to those with a passion for design and creativeness the urban branding of “Design Taipei; Dream Taipei.” Taipei City Government extends its invitation to designers from all over the world to join in and vie for the highest honor. The total prize money is up to NT 3.8 million, including NT 600K for the grand prize -Taipei City Mayor Award. There will also select Golden/Silver/Bronze prizes with prize money NT 500K/200K/150K for each category.