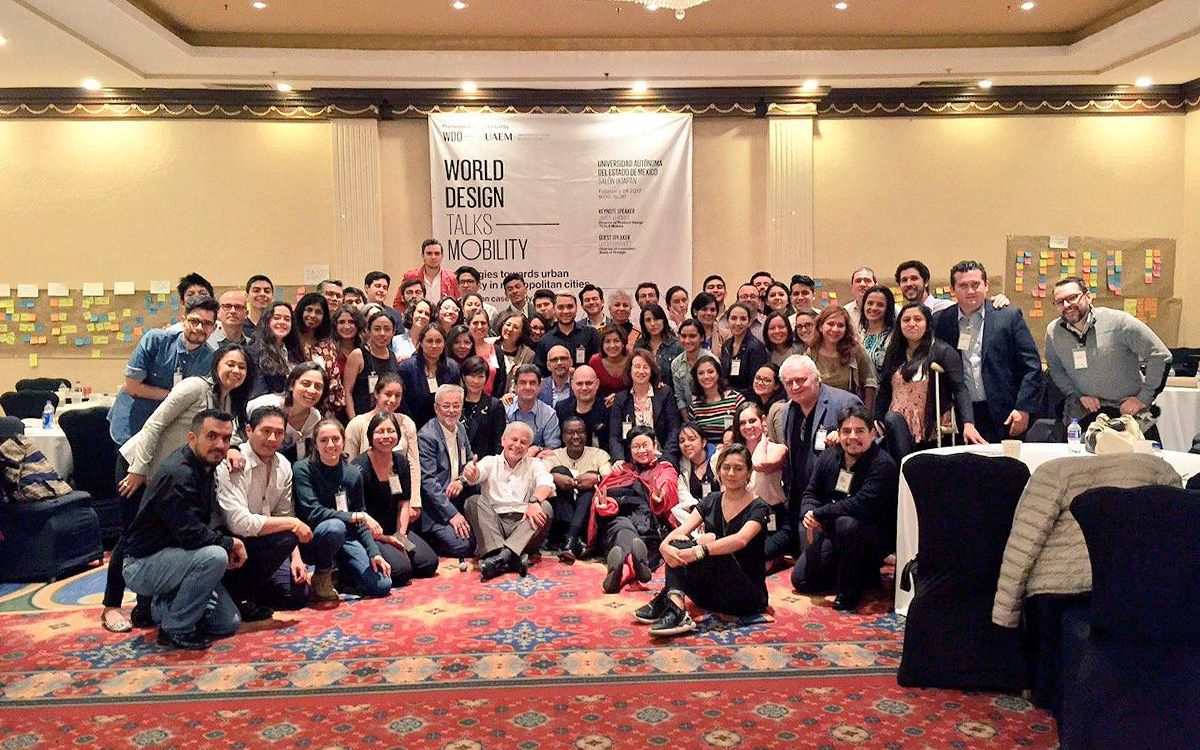 Over 300 participants—including local academics, industrial designers, designers, consultants, and design students— attended the keynote speech given by Mr. Verdura, and over 80 delegates participated in the afternoon workshop. Noted guests included Alfredo Martinez Gonzales, Representative of the State of Mexico, Jorge Olvera García, Dean of the UAEM, Marco Antonio Luna Pichardo, Head of the School of Architecture and Design at the UAEM, and World Design Capital 2018 representatives from Mexico City, Carla Sofia Elizundia and Jaime Hernandez.

Mugendi M’Rithaa, WDO President, opened the event with the support of WDO board members representing six different regions of the world. Recognizing the large contingent of young designers in the standing room only audience, he encouraged them by stating that, “Tomorrow belongs to those who plan today.”

As this was the first time the WDO held an event in Mexico, Dean Jorge Olvera García noted that he was, “Very honoured to be part of an event unique not only in Mexico, but Latin America, and the world.” He also commented that, “We have to find similarities and commonalities in order to work together.”

The talk given by Verdura was the highlight for many young designers in attendance. During his address, Verdura’s message about designing for a more sustainable world was clear. “We cannot sit back. We have to keep working so that we don’t fall prey to history.” Echoing the words of Tesla founder Elon Musk, he said, “We’re not going to stop until the mission is completed. We have to take barriers away about the notion of electric cars. We cannot have barriers for people to make the world a better place.”

In small working groups during the afternoon workshops, energized participants identified concrete problems related to mobility in Mexico, and explored possible solutions by applying a design thinking methodology. Echoing the previous World Design Talks in Istanbul and Shanghai, it was evident from the solutions presented that participants felt the need for more interdisciplinary collaboration to improve the ecosystem of transportation from a multi-stakeholder perspective. At the heart of this discussion was a consensus that the use of digital data and apps is one way to encourage behaviour change with the general public, by making people less dependent on private cars and rewarding the use of public transit.

Created by the WDO Board in January 2016, the World Design Talks are held in regions around the world to address local challenges, with global relevance, from a design perspective. These initiatives help to define our common ground and ultimately inform our world design agenda as the world body for industrial design. The next World Design Talks is scheduled for Morocco in June 2017.