As World Design Capital® 2010, Seoul demonstrated impressive urban design leadership and implemented a concrete plan to achieve economic, social, and cultural development through design. Under the theme of “Design for All”, Seoul held many events to highlight its increasing design focus and growing prominence in the global design community. Seoul’s status as WDC in 2010 helped increase its brand value to KRW 890 billion (US 800 million) and led to the creation of the Dongdaemun Design Plaza (DDP), now a major urban development landmark of South Korea. It also helped the city reach no. 9 on the 2010 Global Urban Competitiveness Index.

Seoul leveraged the WDC 2010 title to move away from its past “growth-first” principle to unveil a new, more considerate city through design in an effort to improve the quality of life of Seoulites. Through a year-long programme of design, WDC Seoul 2010 promoted the design industry, helped make the city more pleasant for residents and visitors, improved the urban landscape, and transformed itself into one of the world’s main design-oriented cities. According to the Institute for Industrial Policy Studies, the brand value of Seoul in 2010 rose to 409,947,200 million won, an increase in value of 22,438,100 million won compared to the previous year. Out of this total increase, 891,079 million won (about USD 770 million) was attributed to WDC Seoul 2010 events. The Institute recommended Seoul continue its policies to improve its image as a tourist-friendly, green, and ecological city as a means to influence other megalopolises.

To celebrate the city’s designation as WDC 2010 with the people of Seoul, various events were held throughout the city. Entitled “The Story of Seoul, World Design Capital 2010”, the events were sponsored by the Seoul Metropolitan Government and managed by the Seoul Design Foundation.

Some 32 municipal leaders including mayors, policy makers, and other leading officials from around the world, gathered in Seoul in February 2010 to attend the WDC World Design Cities Summit. The summit provided a platform for municipal leaders to demonstrate the impact of design on the competitiveness of cities in the 21st century. City leaders shared case studies and successful design policies related to urban development, business, and quality of life. Participating cities signed the “Seoul Design Declaration” to recognize design as a core competency and an asset to the city, as well as to share the vision of improving citizens’ happiness index and developing the city through design, together with global citizens. The declaration highlighted the following three goals:

More than 350 participants including experts in the fields of economy, society, culture, and design gathered on 8 December 2010 at the Shilla Hotel for the WDC Seoul International Conference and Convocation Ceremony to wrap up the WDC year and to share Seoul’s achievements as a design-led city. Oh Se-hoon, Mayor of Seoul City, then passed the WDC title over to Helsinki, handing the WDC Plaque to Jussi Pajunen, Mayor of Helsinki.

The Dongdaemun Design Plaza was designed by architect Zaha Hadid as a symbol of Seoul’s design vision and the centrepiece of WDC 2010. Now a major urban development landmark, it is South Korea’s fashion hub and a popular tourist destination.

This interactive exhibition brought together the best of the design world focusing on revitalization, sharing, and eco-friendliness with state-of-the-art displays. Held at the Jamsil Sports Stadium from 17 September to 7 October 2010, it attracted two million visitors and increased public awareness of the importance of design.

Held from 10 – 23 July 2010, the Seoul International Design Workshop gathered 100 students and designers from 26 countries for a two-week workshop to conduct a field experience and share best practices on the theme of “Universal Design in an IT Environment”. The designs produced from this workshop were presented at the Seoul Design Fair 2010.

WDC Citizens Design Competition and the Children’s Creativeness Camp held on Children’s Day were organized to foster interaction and citizen participation in design as part of the WDC programme. 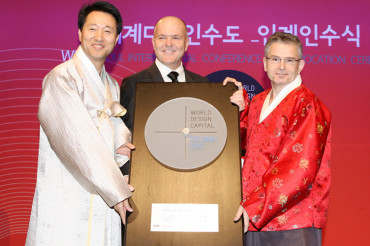 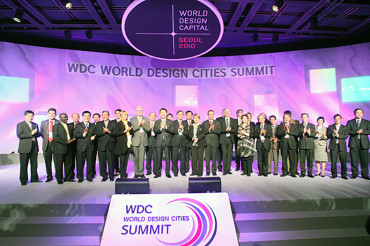 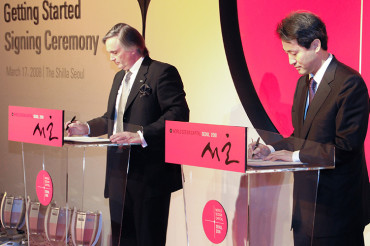 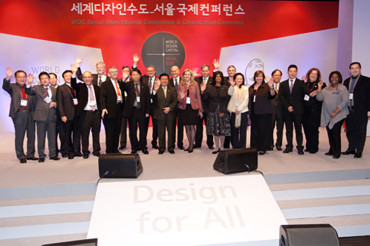 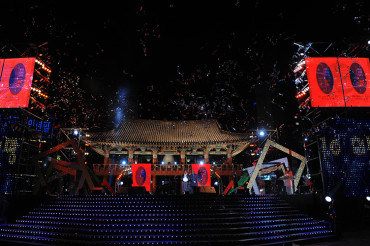 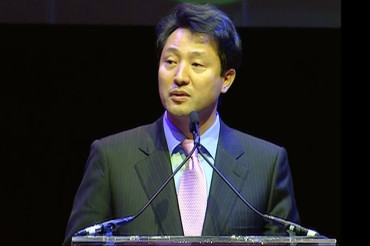 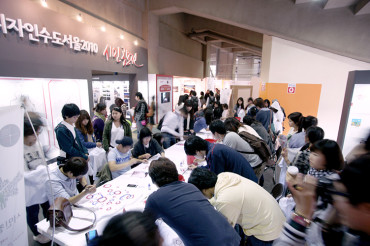 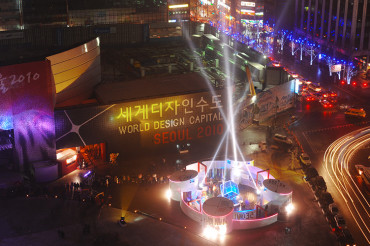