In 2008, Torino, Italy became the first World Design Capital®. The WDC designation gave Torino an opportunity to shape itself as a prominent city of design, communicating the importance for modern cities to use design as a tool to respond to urban challenges. During the WDC Torino 2008 year, over 340 initiatives were held in Torino, including exhibitions, conferences, workshops, design activities, congresses, and fairs. More than 3 250 WDC-related articles appeared in the national and international press for the period between 2007 and 2008. Torino was able to attract new investment, bring increased visibility to the city and create a model of urban public/private networking that has affected public administration, companies, designers, opinion leaders, schools, and citizens.

The WDC Torino 2008 designation increased international awareness of and appreciation for Torino’s accomplishments in design, including innovative and creative industries, design schools, promotional organizations as well as supportive municipal networks. The WDC designation helped to develop closer synergies with regional neighbours, as well as with other cities that want to collaborate, learn from best practice, or become WDC designated cities.

WDC helped Torino create and enhance a system of relationships with national and international design institutions, from the Center de Disseny of Barcelona to the Design Council of London, from the Design Center of Singapore to the Norwegian Design Council. Today, these players perceive Torino as a credible partner and WDC Torino 2008 as a successful programme.

In 2008, 80 great designers came to the city, most of them for the first time: from Jasper Morrison to the Campana brothers, from James Irvine to Martí Guixé, from Ross Lovegrove to Patricia Urquiola, from Giulio Iacchetti to Matali Crasset. All of them had the opportunity to discover and contribute to the city, working with local companies, meeting professionals, and taking part in workshops with students. As an example, more than 1,000 people crowded the public lectures held by Ross Lovegrove and Stefan Sagmeister.

At the end of the WDC year in Torino, Astra Research, an institute specializing in social research and marketing, surveyed 1,596 people to evaluate public perception of WDC. 73% of respondents knew of WDC Torino 2008. Of the 27% that had never heard of the designation, four out of five of them had participated in one or more WDC events. Half of the WDC events were known by at least three out of four surveyed.

In developing the visual identity for  WDC Torino 2008 different designers were selected to work on various components, each of them producing a specific medium for the event and a wide range of artworks in a deliberate free style.

Green is the colour
WDC Torino 2008 chose green as its colour. The choice of this colour was motivated by scientific and historical reasons, as well as by competitive factors and current trends. It was a new colour for the city. Torino has always been associated with blue and yellow: green represents their combination. Additionally, besides being the colour of reason, green also hints at “green design” and environmental sustainability, two important themes for reflection.

The frequency associated with the colour green occupies a central position on the scale of human visual perception. Green is the “visual place” to which the human eye is most sensitive and, thus, able to perceive the most differences.

This is why the WDC Torino 2008 visual communication did not use just one single shade of green based on a precise combination of colours, but rather a wide spectrum of greens that is flexible and changeable. Every shade producing an infinite range of sensations.

“Another green colour” was the slogan featured on all supporting material, followed by the Pantone colour code (or the respective chromatic percentage) used in each specific case. The phrase itself is a reference to the album Another Green World by Brian Eno (1975).

The inaugural New Year’s Eve of Design in Torino took place at the Piazza Castello on 31 December. Based on three key notions of plurality, collaboration and distribution, the night’s set-up included maxi screen projections, LED throwies, Zygote balls that travelled throughout the crowds, and an interactive installation by Design-Me.

Held at the Sala 500 of Lingotto in Torino on 6-7 November 2008, the international conference “Shaping the Global Design Agenda” contributed to a deeper understanding of design as an essential component in national strategies to stimulate the development of sustainable economic, social, and cultural growth.

Ten exhibitions representing fifteen countries were scattered throughout the city, in famous and lesser-known locations. These exhibitions brought a unique perspective of the culture of design and how it is expressed in other parts of the world.

Torino’s Geodesign project invited local, national and international companies, designers, and citizens to design solutions to urban challenges in 43 communities. A Geodesign exhibition was then opened to the public to share the results.

Flexibility: Design in a Fast-Changing Society

Discussing the Challenges of the Development of National Design Policies 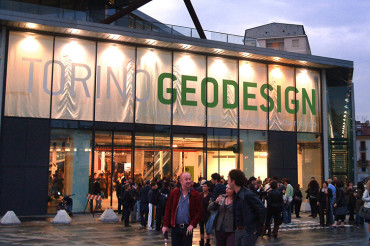 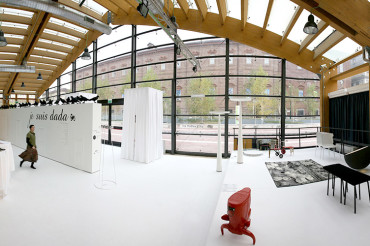 Geodesign: Design as a Driving Force of World Cities