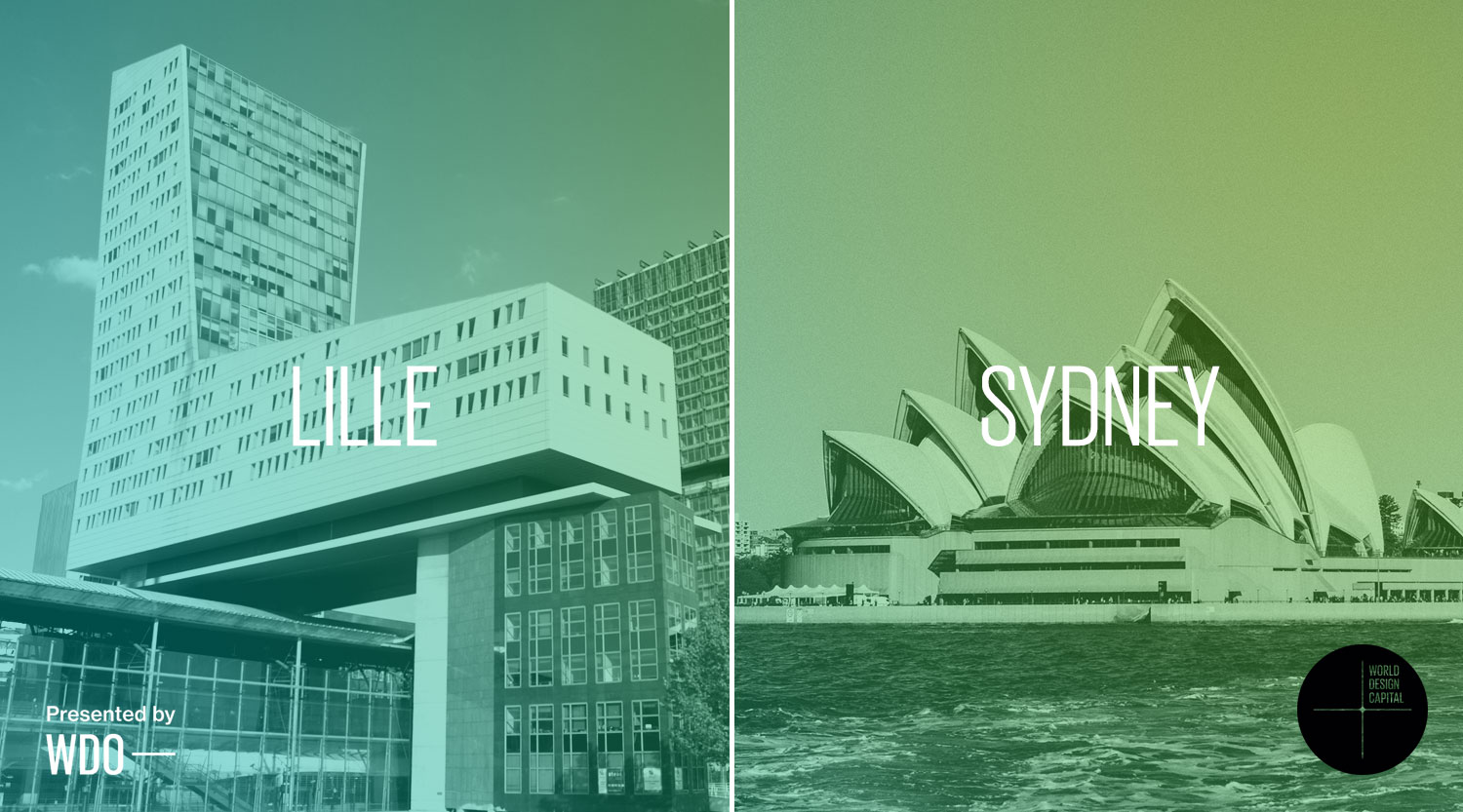 The World Design Organization (WDO)™ today announced that Lille, France and Sydney, Australia have made the shortlist to become World Design Capital® 2020, for their effective use of design to drive economic, social, cultural, and environmental development in their cities.

The WDC 2020 Selection Committee, comprising international experts in the field of design, urban planning, and economic and social development, evaluated the city bids and established the shortlist.

“We are inspired by the way these cities have used design to improve their citizens’ lives,” said Mugendi M’Rithaa, WDO President and member of the WDC Selection Committee. “Both have demonstrated their commitment to the design process—its focus on the end users and the environment in which they live—as a critical tool for resolving some of our biggest urban challenges.”

Once an industrial centre facing economic upheaval, Lille aims to engage its 2.1 million inhabitants (including companies, local authorities, research and training centres, cultural destinations and civic spaces) in collaborative design-driven projects. Under the theme, Eldorado: the greatest design experiment, it places design at the heart of its economic, societal and environmental transformation.

Sydney, in collaboration with Parramatta and other surrounding suburbs, will use the WDC programme as an open platform to engage, collaborate and design a new model of social impact for an increasingly urbanized world. Its programme, Inclusive, Resilient, seeks to embrace the land and connect to the climate, engaging citizens, policy makers, design professionals and people all around the globe.

Prior to final WDC 2020 selection, city visits will be conducted to better assess the scope and capacity of each of the cities’ proposed programmes. The designated city will be announced on 14 October 2017 in Torino, Italy during WDO’s 30th General Assembly.