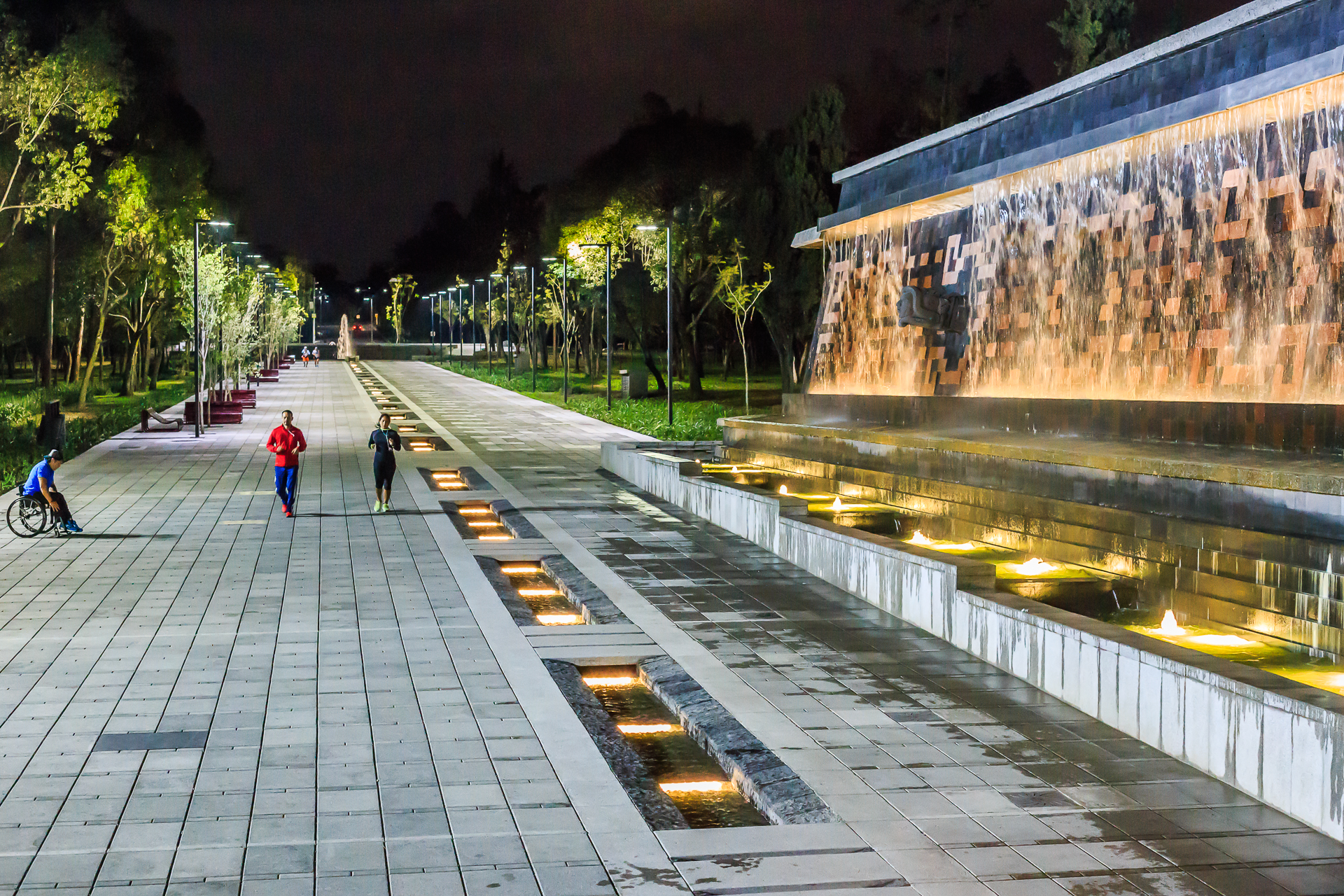 Tanya Müller “Cities have to design public spaces for people”

Tanya Müller, former Secretary of Environment in Mexico (2013-2018) is an Agronomist Engineer and founding director of World Urban Parks. Indeed, the design community has a key role to play in providing universal access to safe, inclusive and accessible, green and public spaces (UN SDG 11.7). Tanya shared with World Design Organization her opinion on the role of public spaces in making Mexico City a more sustainable city.

What are the main challenges Mexico City faces when it comes to sustainability?

All actions related to the protection, conservation and recovery of natural resources in the urban parks contribute considerably to the reduction of climate change impacts. As such, they must be considered by public administration.

An environmental policy with planning instruments and ecological ordering must be considered, so that quality of life can be improved in the city. It is therefore necessary to raise awareness in all society sectors to generate participation for environmental preservation with a sustainable development perspective.

How can design work towards making a city more sustainable?

Planning the design of cities is a fundamental tool to generate policies in a short, medium and long term. Considering the great size of Mexico City, planning its design is a necessity in order to improve the lives of its inhabitants along with a territorial ordering that promotes the sustainable development of the city.

In Mexico City, which parks are designed to strengthen social inclusion?

Chapultepec Urban Park is one relevant example as it is the park with the biggest extension in Latin America. With its 686.01 hectares, it is the most important green area of Mexico City. It has an emblematic value for all inhabitants of the city, and at the same time, it keeps a historical, cultural, environmental and social value for the lives of all Mexicans. The park promotes social and citizens’ coexistence through plenty free activities that are opened to the general public.

For Mexico City’s Government, the rehabilitation of urban parks has been of great relevance; the city’s government through the Ministry of Environment has therefore, established the general guidelines and coordinates all actions related to protection and conservation of the urban parks for social wellbeing.

Furthermore, we have incorporated the social dimension of rehabilitation of Mexico City’s Urban Parks through the “Happy City” methodology, which includes principles to meet the social needs of people that use public space.

How can people enjoy public space while feeling safe? How can we encourage visitors to have social encounters and how the design and activation of the areas can generate social opportunities to exchange comments, laughter or exchanging smiles? These questions have allowed Mexico City not only to design for better infrastructure but to design for people.

Tanya Müller García holds a Master’s degree in International Agriculture Economics and Management from Humboldt University of Berlin; she is an Agronomist Engineer with a specialization in Horticulture from the Agricultural Panamerican School in Tegucigalpa, Honduras and a Specialization on Environmental Law and Natural Resources from the Autonomous Technological Institute of Mexico (ITAM). She holds a Postgraduate in Hydrometeorology by the Ministry of Transport at Tel Aviv, Israel. In 2014 she was elected by the United Nations Secretary General, Ban Ki-moon, to be one of the 12 members of the UN High Level Advisory Group for Sustainable Transport. Tanya Müller is founding director of World Urban Parks. She is also founder and Vice President of the World Green Infrastructure Network, a worldwide association dedicated to the promotion of green infrastructure in different regions of the world and president of the Mexican Green Roofs Civil Association (AMENA A.C.), dedicated to the research and dissemination of green roofs and walls.