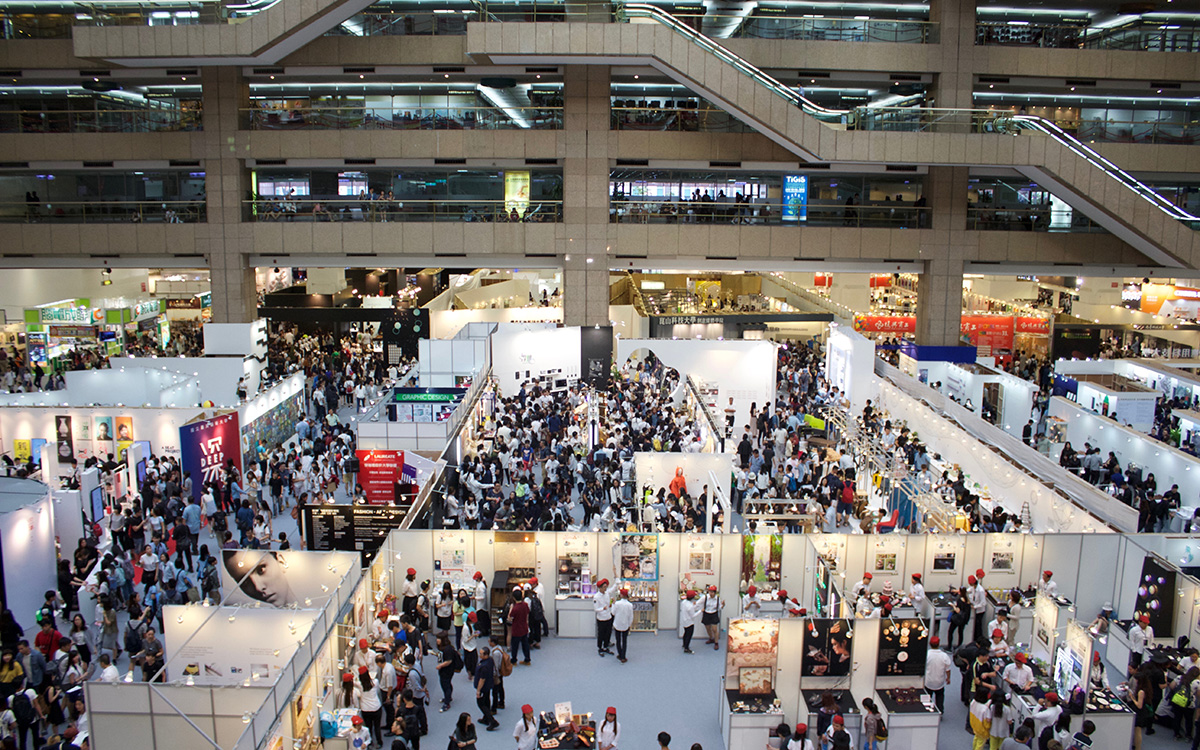 Over 9000 students gathered to exhibit more than 4000 undergraduate design projects at the 2016 edition of the annual YODEX (Young Designers’ Exhibition), which wrapped up on Monday, May 16, in Taipei.

As part of the World Design Capital® (WDC) Taipei 2016 year-long programme, YODEX was an opportunity to celebrate the innovation and creativity of Taiwanese students, and to reflect upon design’s potential to change society for the better. Embodying the WDC Taipei 2016 theme of “Adaptive City: Design in Motion,” students displayed design works that exhibited a strong environmental and social awareness—from sustainable oyster farming innovations to smart medical technology.

Founded in 1982 by the Industrial Development Bureau and the Ministry of Economic Affairs, and executed this year by the Taiwan Design Center, YODEX is the world’s largest student design exhibition. Held in the Taipei World Trade Center, this year’s event featured graduation works by undergraduate students from 64 Taiwanese universities and colleges. During the awards ceremony held last Sunday, 42 outstanding projects were honored by the Young Pin Design Awards.

Many of the exhibited projects demonstrated the pioneering potential of young Taiwanese designers to lead the world in adapting to the challenges of the twenty-first century, such as increasingly unstable climate patterns. Students Tzu-Yu Tseng and Chuan-En Lee from the National Yunlin University of Science and Technology were awarded with a Young Pin Design Award Mark for a project entitled OYSFLOATER that seeks to improve the valuable oyster farming industry in Southern Taiwan. The students designed a mobile, floating oyster farming platform that can withstand typhoons, limits damage to ocean ecosystems, and enables easy cleaning and harvesting.

Wen-Hsien Kuo from National Taipei University of Technology also earned a Young Pin Design Award Mark for her project, Tree Vase. The vase-like bamboo support structure can be adjusted as a tree grows and protects it from typhoon damage.

An outstanding project in the Visual Communication Design category, a poster series entitled Syrian Refugees Crisis, won a Best of Young Pin Design Award. Designed by Kuanlun Huang from Hsing Wu University, the series aims to combat inertia and apathy in the Taiwanese response to the global Syrian refugee crisis, which the designer notes is underreported in Chinese-language media, by stimulating empathy for the struggles faced by families fleeing their homes. 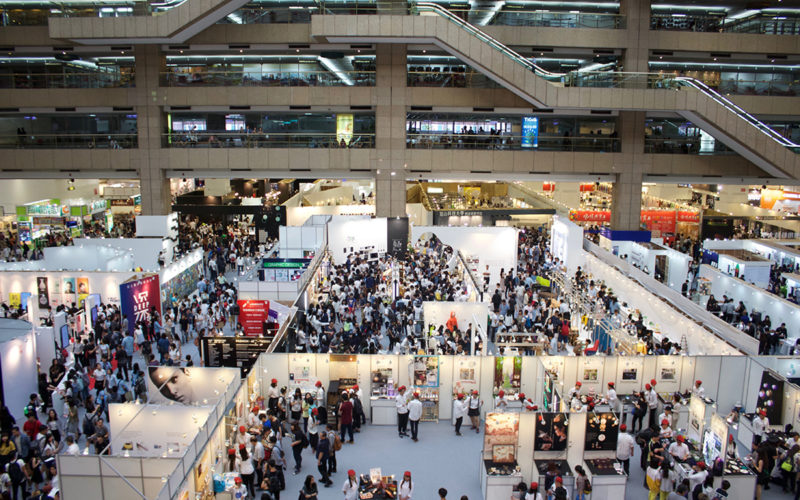 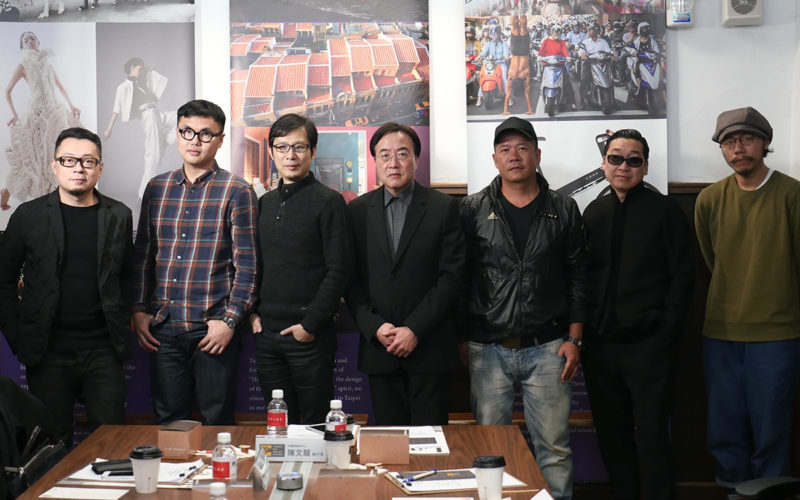 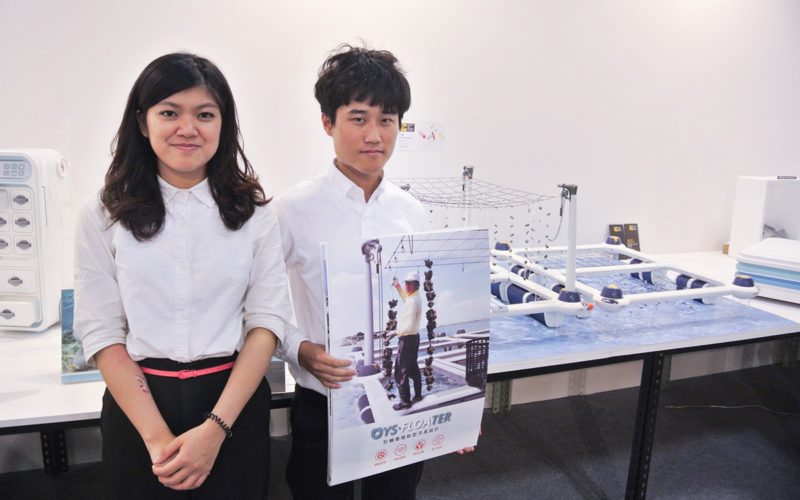 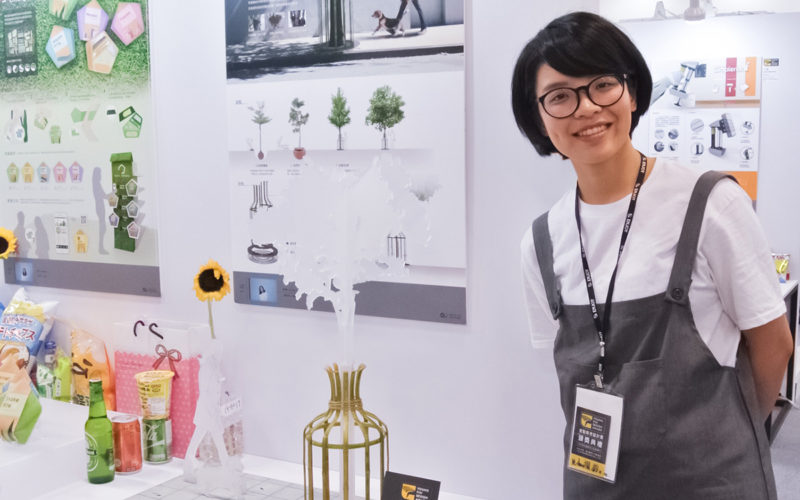 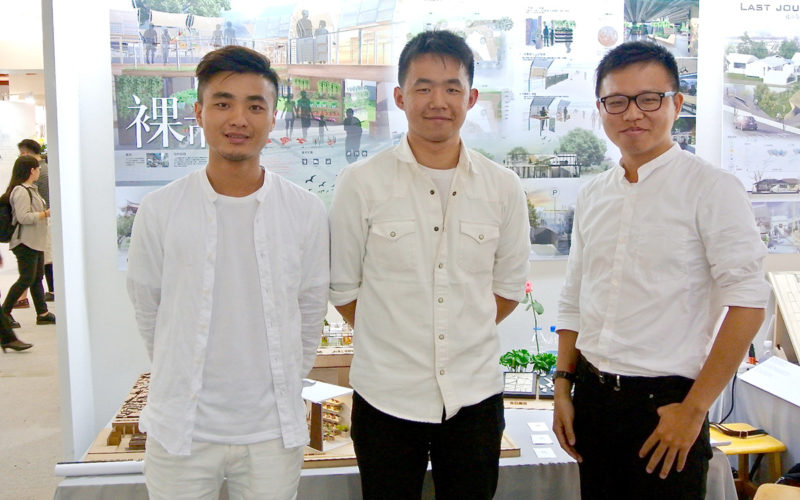 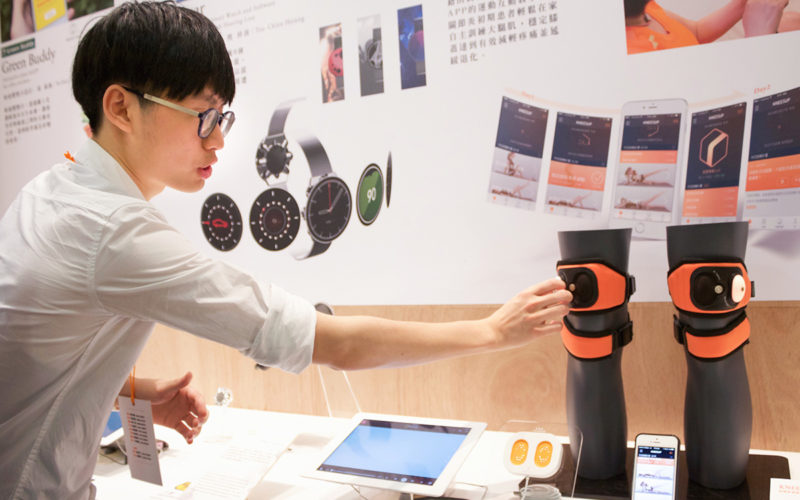 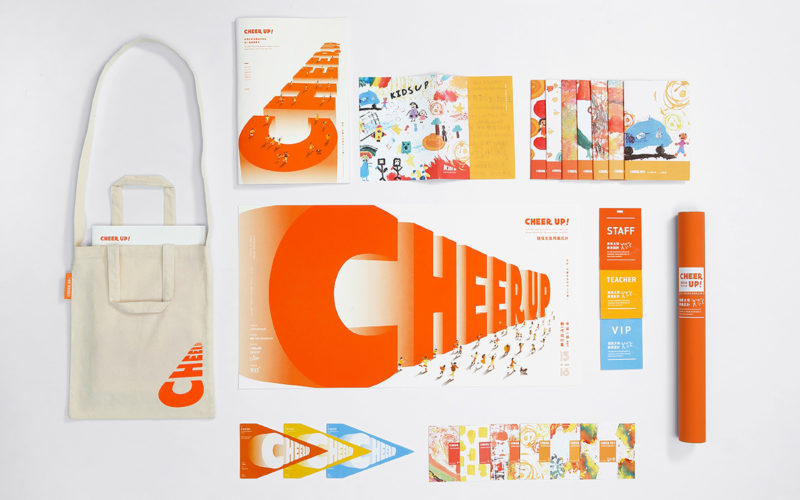 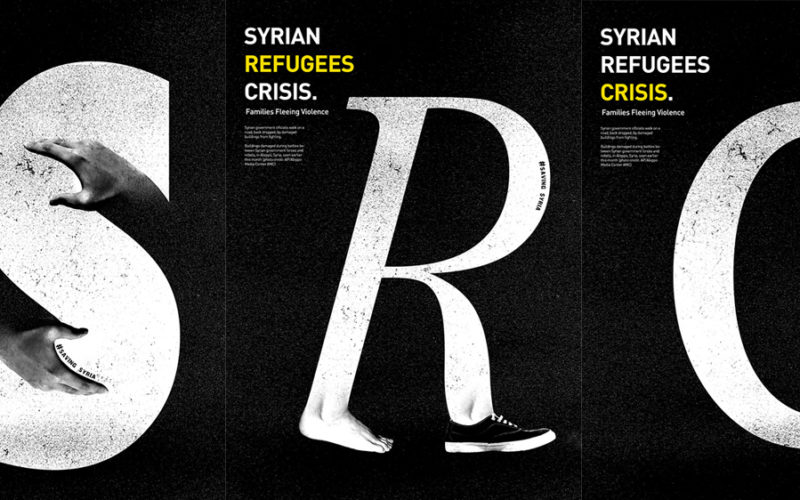 A light-hearted project entitled Cheer Up! by Xin-Qi Lu, Hsueh-Chi Wang, Yung-Bing Wang, Bing-Cheng Wu, and King-Hong Au Yeung of Ming Chuan University, which won a Young Pin Design Award Mark, aims to remind people of the simplicity of happiness. The students gathered stories of happiness from children in rural schools and curated an interactive exhibition complete with posters, leaflets, a 3D book, and a happiness vending machine.

“There was an evident trend of more philosophical and conceptual works,” says Jung-Ya Hsieh, Founder of Gixia Group and head of the Product Design Category judging panel. “Furthermore, many projects are not simply hardware, but are combined with software like smartphone apps in a very detailed way to provide a complete service. Students displayed meticulous and mature business thinking.”

“It’s fantastic to see the pioneering spirit of Taiwan’s students here at YODEX,” says Pei-ni Beatrice Hsieh, Commissioner of the Department of Cultural Affairs of the Taipei City Government. “They’re the pride of our city, and they’ll doubtless shape a bright future for our citizens and for the world. It’s an honor to give them the recognition of the Young Pin Design Awards.”

Visitors to Taipei also have the opportunity to experience firsthand how the flourishing of design education in Taiwan over the last twenty years has fostered creativity around the city. The official World Design Capital Taipei 2016 city guide, entitled Taipei: The City of Design, is available in English, Chinese, Japanese, and Korean at visitor information centers and cultural venues. Printed in both book and brochure form, the publication highlights 70 iconic design locations and 12 walking routes around the city, which are arranged into six themes: the Architecture Stroll, Select Shops, Original Delicacy, Old Houses, Handicraft Fun, and Design Hotels.

Visitors can see the handiwork of young entrepreneurial designers and craftspeople on display in spaces such as trendy handmade glasses shop Glasense, leather workshop Hsu & Daughter, and shoemaker O’Ringo. Select shops, such as Mogu, Sunset, and 30Select, display the refined tastes and eco-friendly inclinations of local creative types. Boutique design hotels and restaurants are also featured, such as the celebrated RAW by Chef Andre Chiang, and i’m inn Guesthouse, which is embellished inside and out with works by young local artists Colasa and Candybird.

Travelers to Taipei who miss out on YODEX can also visit the Grand Expo in Songshan Cultural and Creative Park, where graduate works will be exhibited from April to June. In May, tourists can also witness social design in action as the city transforms itself for the World Design Capital Taipei 2016. Upcoming events include the 2016 Taipei Design, Action! project, and the Grounding Program in Design Education: Joint Exhibition of Creative Thinking.

About WDC Taipei 2016
“Adaptive City – Design in Motion” was Taipei City’s core concept in its 2015 application to host World Design Capital 2016. How can we apply innovative “design thinking” practices to overcome the constraints that limited resources place on our city’s development, pursue continual change in our urban governance, create happiness in the lives of our citizens–providing them with a better quality of life in a more livable, forward-looking city? These are the goals for Taipei City. 2016 marks the beginning of an evolution for Taipei, where we will take advantage of the potential in change by “Engaging Communities,” “Connecting Information,” and “Revitalizing the City.” For more information on WDC Taipei 2016, visit the official website or follow on Facebook.

About World Design Capital
World Design Capital® (WDC) is designated by Icsid every two years to recognize a city’s innovative use of design for economic, social and cultural development and to showcase effective design-led urban revitalization strategies that other cities can benefit from. Past cities to hold the WDC title include Torino (Italy) in 2008, Seoul (South Korea) in 2010, Helsinki (Finland) in 2012, and Cape Town (South Africa) 2014. Taipei (Taiwan) is this year’s WDC, and Mexico City has just been named WDC 2018.